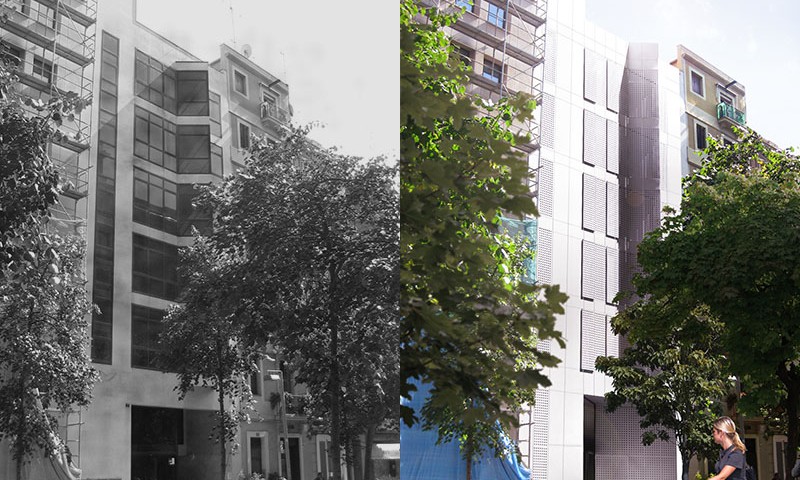 The need for new building in Europe has diminished in the last 10 years. Especially in Southern Europe like Spain or Italy we talk about a decrease of 90% in new buildings construction.
The economic crisis caused a lack of activity in the construction market which has led to a massive disappearance of enterprises devoted to building and construction sector and a lack of demand for construction products. However there are also other factors that I believe go deeper than that. If we focus on the European birth rate in the last years and the foreseen rate for the next 50 we notice that the population is no longer growing. This situation is mainly caused by the end of the population transition and the big change of parameters in today’s society . The fact is that we probably don’t need more buildings (especially residential) and we would better focus on those that already exist.
Existing building have a big impact in the global energy consumption and the European Union has already taken a tough stance in the future development (see Europe 2020, Roadmap 2015). The energy performance requirements are set for full building retrofits as nZEBs by the end of 2018 for only public buildings and the end of 2020 for all other buildings(EPBD Recast – 2010/21/EU).
We need to reduce the energy consumption and to do so we need to act drastically on the existing buildings. This action could be the new frontier for the building sector which should reconsider their market towards this way, buildings renovation would allow the creation of several hundred thousand of new qualified jobs which would benefit the construction sector, economy and society at large. Nevertheless the reality is that renovation of houses has drop by 50% from 2007 to 2013 and there is a pessimistic outlook about the recovery. The Increase of state subsidies is usually seen as the solution, however many subsidies already exist but are not totally used; this means that the economical reason is not the only barrier.
For sure the subject opens the field for a massive change in mentality of the people involved. On the one hand designers and construction companies must be able to redefine their targets on the building market demand. This implies also to open their perspectives into the integration and the combination of high quality architecture with high efficient engineering.  On the other hand the users must  be properly informed to take active part in the life of their environment.